How should I use Vocular?

To get the best results out of Vocular, please do the following:

Be sure to check out your Pitch Count too. This refers to the number of times Vocular has been able to detect a frequency from your voice, so a low count (below 200) means that your sample might not be accurate.

What results should I want to get from Vocular?

This answer is split for men and women, so I’ll answer either separately. If you’re a man, you want to have a deep voice. Numerous studies have shown that men with deeper voices are considered more attractive, more dominant, more intelligent, more confident, more electable – they even earn more than guys with higher voices. If you’re looking for a figure, one study found that the most attractive male voices had an average pitch of about 96Hz (deep, but not very deep). 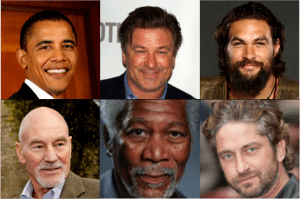 Things are more surprising when vocal variance is considered though. On the one hand, men with monotone voices are seen as being more dominant and report more sexual partners. On the other hand, a more varied voice seems to be more engaging. So there’s a strange ‘bedroom and boardroom’ effect – you want to be able to ramp up the variety when giving a speech, but cut it down on dates.

Women have a similar ‘bedroom and boardroom’ effect with voice depth too. Higher voices are rated as being more attractive to men, but lower voices are rated as being more dominant. As for variance, I couldn’t find any studies focusing on the female voice, but I would bet that there’s a similar polarity – with a lack of inflection being taken to be more authoritative while a more varied tone is more attractive.

Can people really deepen their voices?

Yes. Margaret Thatcher most famously did, as you can see in this YouTube clip.

Actors like Morgan Freeman and Matthew McConaughey have also talked about the same thing. In fact, Freeman cited learning to lower his pitch as the first major step he took towards becoming an actor.

How do you deepen your voice?

I’ve written a pretty extensive list of methods in this post – but to give a bitesize version of it, you want to stretch and strengthen your neck muscles, breathe from the diaphragm and learn to speak with a descended larynx.

You can also upgrade Vocular to get the pitch-tracker which tells you your pitch in real time, so you know exactly when you’re hitting lower notes.

But isn’t this all about the length and thickness of your vocal chords?

Not really. It’s true that the length and thickness of your vocal chords do affect the depth of your voice, but these are not the only factors. If they were, you’d be unable to change the pitch of your voice at all, higher or lower.

Tension is also a big factor in determining your voice depth. This is why your morning voice is usually significantly deeper than your voice at, say, 3pm – your neck is relaxed from hours of sleep. And the good news is, this is something you can learn to control with a range of techniques. But don’t take our word for it, take Morgan Freeman’s.

There’s also a psychological point that needs to be made here. Most guys aren’t speaking at the baseline of their vocal chords. Through a desire to seem friendly or non-threatening, people adopt a higher tone of voice in social situations, and this voice becomes ‘stuck’ over time, displacing their more natural one. So a lot of it boils down to bad habits, but again, listen to Morgan Freeman…

This isn’t to say that there’s no physiological limit on the depth of your voice – there is. Jennifer Aniston is never going to sound like Barry White (no matter how much she dearly wants to). But what this does say is that the determinist idea that ‘you’re stuck with the voice you have’ is equally wrong.

But in any case, these questions kinda miss the point about Vocular. Vocular is not just about learning to speak with a deeper voice, or a higher voice. We want to expand to other areas that make a distinctive voice – smoothness, resonance, nasality. Depth is just a starting point.

Does Vocular accept responsibility for any injury sustained in using the app?

No, and we expect our users to be smart enough to use this app without harming themselves – this section is just here for our own protection. If you feel at all like you could be damaging your vocal chords then stop whatever you’re doing immediately.

Why does my voice sound deeper to me than Vocular says it is?

There are three reasons for this. Firstly, when you hear your voice as you speak, you hear it not only through your ear drums (as everyone else does) but through vibrations in your skull, which makes your pitch sound lower to you than it does to everybody else.

Secondly, your physical size may have something to do with it. A study found that taller and heavier men are less capable of judging voice depth compared to less physically imposing individuals

Thirdly, people often find themselves becoming nervous when using Vocular, which inevitably raises the pitch of their voice. Take your time to get accustomed with using Vocular and feeling comfortable with it. If you have any doubts about the validity of the recording, you can always listen back to it in the Analysis.

Why don’t I sound like any of my matches?

The idea of the celebrity matches is simply to give you a grounding of your voice depth. This doesn’t take into account factors like accent, nasality, smoothness of voice – only your tone of voice and the extent to which it varies. So, if Vocular says you’re a 100% match with Sean Connery, it doesn’t mean you have a Scottish accent, just that you speak with the same pitch distribution.

How does the voice depth calculation work?

In most scenarios, the voice depth calculation works simply by taking your lowest frequency of which they are 5 or more instances. Thus, your voice depth result is the deepest significant frequency you speak at.

However, there are complications. Many women speak with a register called ‘vocal fry’ – this is that low, creaky sound, particularly common in young American women like Kim Kardashian or Anna Kendrick. Vocal fry occupies a territory between 75Hz and 110Hz for women, and so it needs removing from the results. If we didn’t, a lot of women would get reported as having voices as deep as Morgan Freeman.

So, if a voice has an average frequency above 130Hz, it’s assumed that vocal fry will interfere with the analysis, and frequencies below 112Hz are excluded. This works in most cases but there are still two shortcomings: it doesn’t always remove vocal fry (for example, if the person’s average pitch is below 130Hz) and it sometimes means that men who speak with a high vocal variance get reported as having a voice depth of 112Hz, when it’s probably deeper.

So, it’s not perfect, and we’re working on ways of perfecting this calculation – but this is also why you have so many metrics for working out your voice depth (lowest significant frequency, mean, mode, median, celebrity matches, distribution map). If you feel like the ultimate calculation may be wrong, be sure to check out these other metrics and see how they fit together.

How are the celebrity matches calculated?

When you record a voice sample, Vocular analyses how often you speak at each frequency and turns that data into a distribution map, which you can see in your results. It then scales this up and overlays it with distribution maps for all of the celebrities in the database, then divides your ‘shared frequency space’ with the entire frequency space of both samples. This means that, if you have a 77% match with David Beckham, when both samples were overlain, a 77% area was shared.

I’m a man with a deep voice. Why do I match with some women more than some men?

As mentioned in the Voice Depth Calculation answer, some women (such as Kim Kardashian) speak with vocal fry. Vocal fry happens to occupy a frequency space between 75Hz and 100Hz, which is also ‘deep voice territory’ for men. So deep-voiced guys shouldn’t be surprised if they match with Kim Kardashian more than Michael Jackson, who has a light voice with not much vocal fry.

Why are people as famous as Johnny Depp, Christian Bale, Tom Hardy etc. excluded from the database?

The idea of the celebrity matches is to give users around the globe some kind of grounding of their voice depth – it’s more helpful to know that your top match is Barack Obama than it is to see that your voice depth is 80Hz, at least in the beginning. This is why actors make up most of the celebrities in the database; people around the world are familiar with their voices, and immediately have a point of reference when they see their faces.

However, some actors change their voices so often that there’s no point of reference. Tom Hardy’s voice depth changes like the wind, so it’s not helpful if you get him as your top match. Thus, despite their fame, it makes sense to leave these actors off the database.

Where do you get your excellent images from?

All images are courtesy of Wikimedia Commons, which is an online repository of free-use content.